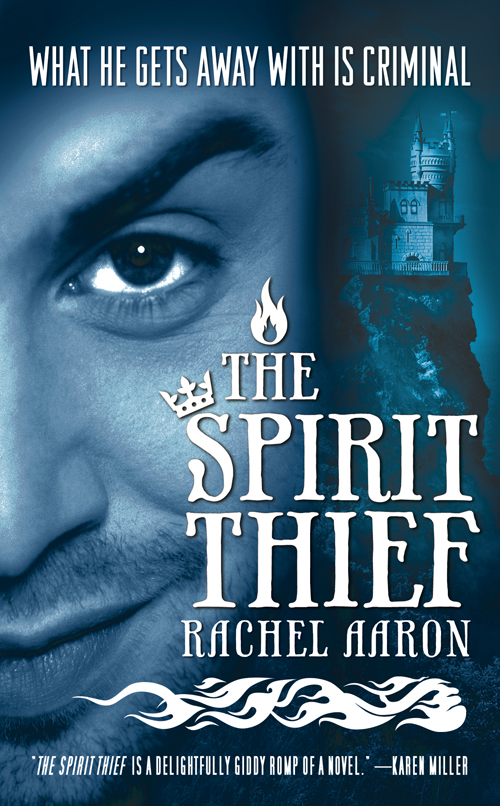 Eli Monpress is talented. He’s charming. And he’s a thief.

But not just any thief. He’s the greatest thief of the age – and he’s also a wizard. And with the help of his partners – a swordsman with the most powerful magic sword in the world but no magical ability of his own, and a demonseed who can step through shadows and punch through walls – he’s going to put his plan into effect.

The first step is to increase the size of his bounty on his head, so he’ll need to steal some big things. But he’ll start small. He’ll just steal something that no one will miss – at least for a while.

I work at a bookstore, which means every day I am able to see just what books are coming out, popular, etc. One of the many perks of working in said bookstore is the discount – and the free books. I encountered the Spirit Thief, and subsequent novels, this way, when I saw the Spirit Thief on the new release mass market wall and decided to give it a go. It was one of my best decisions to date.

The Spirit Thief follows the story of Eli Monpress, a legendary thief with the power to speak with the spirits of nature. Though all wizards are able to communicate with spirits, Eli’s gift is unique, and his charm in the spirit world keeps him one step ahead of bounty hunters after his growing prize. When he goes to the kingdom of Mellinor to, well, steal the king, he is pursued by Miranda Lyonette, a Spiritualist wizard, and her ghosthound Gin, as well as a mysterious, scarred bounty hunter and a wronged prince. END_OF_DOCUMENT_TOKEN_TO_BE_REPLACED