If there’s one thing to know about me – other than being a writer and liking cats, or something – it’s that my favourite day of the year is Halloween.

First, let me do a little backstory, here:

Like I said, Halloween is my favourite day of the year, chopping down my birthday and Christmas. I love the idea of dressing up. Costumes – the bigger and better – make me giddy. I love dressing up myself, I love dressing up my house, I love seeing what children are dressed up as. Everything about it makes me so happy. I wish it was Halloweek because one day just isn’t enough for me.

So, because of this, I like to go hard for Halloween.

Before I delve into this year, here are some examples of Halloween costumes past: 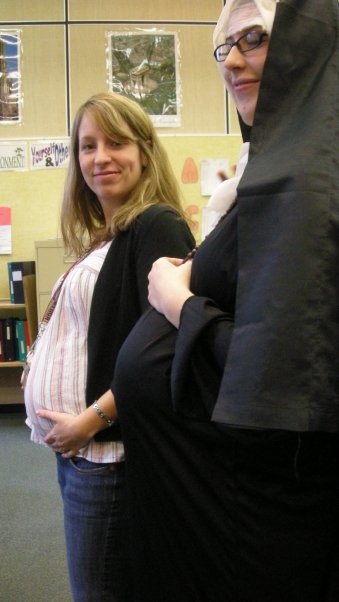 This is me comparing my bump to that of my pregnant French teacher. Mine is much larger than hers, as is abundantly clear. Though I didn’t compete in the school costume contest (which I regret, as I probably would have won something), everyone who passed me had something to say about my costume – and 98% of those comments were praising my twisted creativity. To this day, this is one of my favourites. 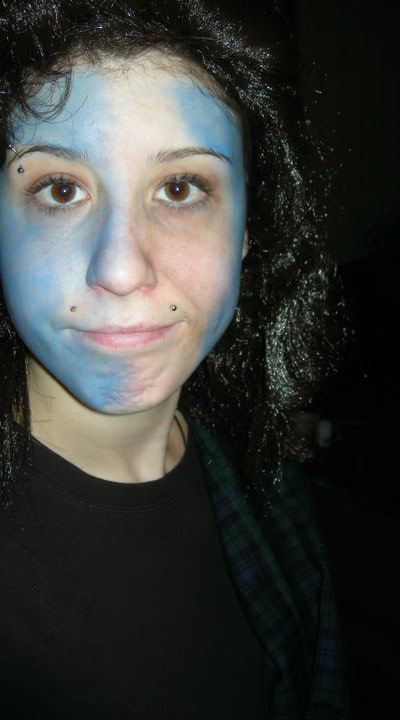